“We got a tiger.” *inaudible screaming* Carol Baskin was wrong. Tigers are not big, cuddly cats. And as you find yourself with one on top of you, you’d better hope you don’t become a rodent in this deadly game of cat and mouse. The tiger is the largest of the cat family, Felidae, and rivals the lion, Panthera leo, in strength. If you think you can take on a tiger, consider the fact that they are 20 times stronger than the average human. In the words of Joe Exotic, tigers are, “A real-life tornado, and there ain’t nothin’ you can do besides protect yourself.” Remember, it’s not just humans that are at a disadvantage in a tiger attack.

A 2011 incident where a tiger killed a lion with one swipe should remind you how deadly these creatures can be. These are impressive. The largest tiger in history weighed 550 kg (1,212 lb). An adult tiger is 70% muscle mass, can weigh up to 360 kg (794 lb), and measures 3.2 m (10.8 ft) long. And tigers have 17 cm (7 in) teeth, and 7.5 cm (3 in) claws. A tiger can behead a human with one swipe. The largest of the tiger family, the Siberian, Amur Tiger, averages around 300kg (660 lb). the male Bengal, averages around 270 kg (595 lb), If you’re thinking of running away, tigers can run up to 64 km/h (40 mph). According to the book “Tigers of the World,” 373,000 were killed by tigers between 1800 and 2009. To avoid becoming part of this gruesome body count, what should you do? If you are lucky enough to see the tiger before it spots you, stay quiet, and don’t move. Movement will alert the tiger, and turn its deadly attention to you. Even if the tiger looks old, injured, or sick, it is still a threat. Even the weakest tigers are extremely dangerous. 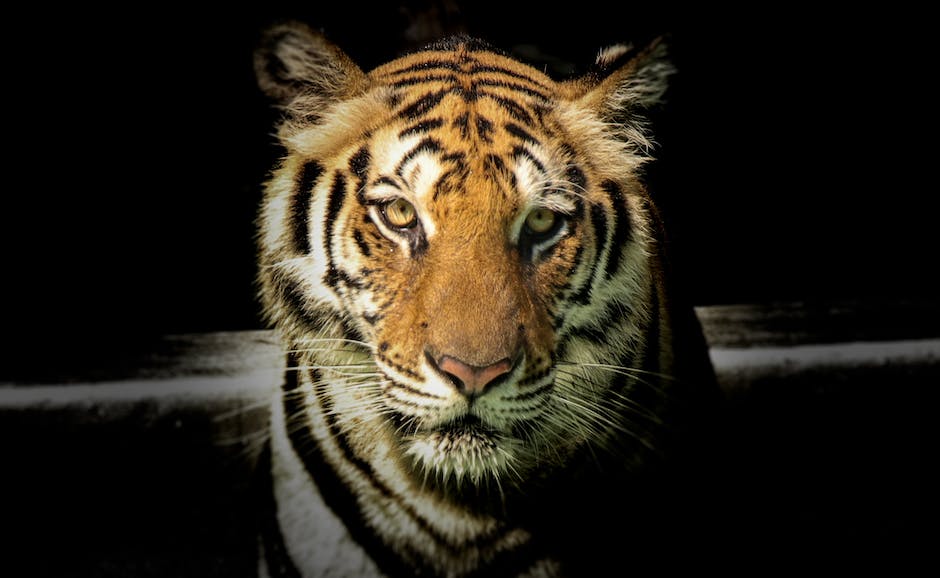 They have less ability to hunt big animals, but you’re an easy target. Panicking is the worst thing you can do. This is not a good time to give in to your fight or flight response. Back away slowly, without making eye contact, and do not show your back to the animal. As soon as the tiger is out of sight, get out of there as fast as you can. If a tiger spots you, and you are with a child, put it on your shoulders.

It will make you look bigger and more intimidating. The same goes for if you have an adult with you, and can get them on your shoulders. Do anything you can do to make yourself look larger, so the tiger thinks you’re a threat. Stand tall and puff yourself up. Don’t crouch, or sit, or do anything to make yourself look small, as that will encourage the tiger to attack you. No matter how scared you are, do not pee your pants. Tigers are attracted to urine. The tiger might think you’re marking your territory, and take it as an act of aggression. That might get you killed. There are more tigers in captivity than there are in the wild. In the U.S. alone, there are approximately 5,000 captive tigers, but only 3,900 globally. Despite what you’ve seen on TV, tigers are not meant to be pets. Just ask Las Vegas showmen Siegfried & Roy. Their careers were cut short when a white male tiger, named Mantacore, mauled Roy Horn. The tiger dragged Roy’s unconscious body backstage in 2003. Animal handler Chris Lawrence believes that the showman had neglected to spend time with the animals for several years, weakening the necessary bond between the tiger and the performer.

“Many of the handlers thought that Roy was treating the cats more like props than he was respecting them for who they were,” said Lawrence. There are many different stories about what happened that night. But they all end the same way, with Horn being rushed to the hospital for extensive sur​gical treatment. Horn lost an enormous amount of blood from the large puncture wounds on his neck, and needed brain surgery. Today, Horn is able to walk short distances without his scooter, and can talk, with difficulty. Although he wasn’t physically hurt, as a result of the attack, handler Lawrence experienced severe PTSD, alcoholism, night terrors, and suicidal tendencies for 15 years. And remember, Roy Horn and Chris Lawrence are both professionals, who spent years of their lives working with tigers. Despite the myths that all cats fear water, tigers enjoy it. They’re great swimmers, and enjoy cooling themselves off. So, jumping into water will not be a safe place to hide. Unlike other jungle cats, tigers cannot climb trees.

So you may be safe, if you climb high enough that the tiger can’t reach you. If you encounter a tiger that has escaped from captivity, don’t assume it’s domesticated and friendly. They are as dangerous as a tiger in the wild. Don’t try to play dead. This will make you an easy meal. If a tiger has you in its grips, stick your hand right into its mouth.

That’ll trigger a gag reflex, stopping it from biting. The good news is, tigers are more afraid of attacking a human than a lion, especially if they aren’t familiar with humans, and haven’t learned how easy it is to catch and kill us. But if you should come across a lion, you’ll need some different survival strategies. Find out more about that right here on How to Survive. Click like and subscribe for more survival tips..

FOCUS ON YOU EVERY DAY – Best Motivational Speech